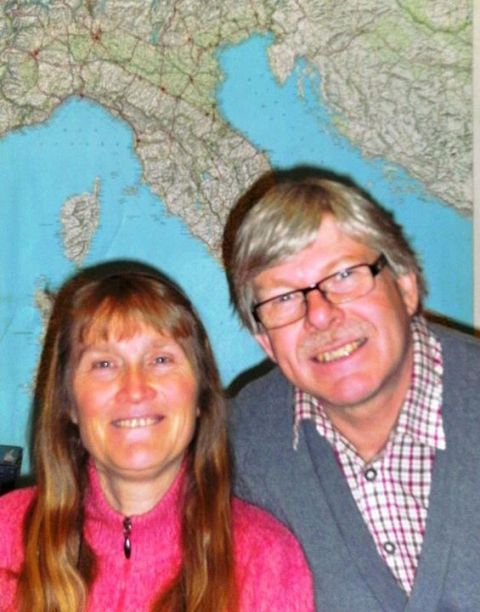 I am Marion M.; I was born 50 years ago in Germany, in a town named Wuppertal. My parents were good people, but they had a big problem with alcohol. They used to drink grappa as if it was coffee. My mother tidied up the house only when she hadn’t drunk a lot. When my mother and my father were totally drunk, they spent the whole day to bed. Sometimes the hangover lasted 3 days and nobody cared about us.

During those days, my sister, my brother and I went stealing all around because we were hungry and there was nothing to eat. We stole money to our parents too, in order to make them presents for Christmas or for their birthdays. We fought a lot. But I’ll always remember one specific day. While standing in the bed, completely drunk, my father called me and told me to go to the kitchen to take a knife. He wanted to kill my mom. I begged him not to do it, but I had to obey. I was about 8, I don’t remember exactly. When I came back from the kitchen holding the knife in my hand, I found my mom astride my dad; she had his head in her hands, hitting it violently and repeatedly against the wall. My brothers and I escaped in our bedroom frightened, we cried, and didn’t know what to do. A while later, I found the courage to go back there to see what had happened. I feared to find mom or dad in a lake of blood. But nothing. They were standing there, in a daze, unharmed. I remember one day came the police and took my dad away for something he had done against me, I don’t remember what’s that. I only remember that I was afraid to death. In that period, my mother used to wake me up in the middle of the night, to go with an empty bottle in a bar run by some her friends to get her some alcohol. It usually took 10 or 15 minutes to get there. I had to walk in the darkness, alone, in the middle of the night, fear and trembling. They gave me grappa; that place was full of drunk people stinking of alcohol and smoke that tried to touch and hug me. One night, a man closet with me and forced me to do very bad things with him. I didn’t tell anything at home, I was afraid I would have been beaten for that. One day it happened in my house; my dad touched me. I was petrified, I didn’t know what to do, until my mother came yelling at me to go out. For this reasons, I began to have problems at school too. Since I had to walk taking alcohol for my mom in the night, I was too tired to go to school in the morning. I went walking around the town, where I knew I could find alley cats to play with. I spent this way the entire morning. When my mother became aware of that, she beat me hardly, especially on my face and my head. I used to go to my grandparents’ house sometimes, but the situation was the same even there. They used to drink too and my grandfather abused of me when my grandmother was not at home or was drunk. Even being very young, I felt that this was not normal; but I had no choice. I remember that the one who always punished me was my mom. My father ignored me, he had no interest in me. I don’t remember a word or a gentle manner of him. The few times he opened his mouth with me, were just curse words.A couple of years later, I would have found out the reason he ignored me; but I couldn’t talk to him, because he died soon. I was mortified he treated me like that, but he was always my father, and I loved him. Meantime, things at home were not going well. I lived always more outdoors and I vagabonded. Nobody cared of me and what I was doing.

Dear friends, I wrote a little book about my old life and I thank God for his intervention in me. You can ask for it to Samuel S.