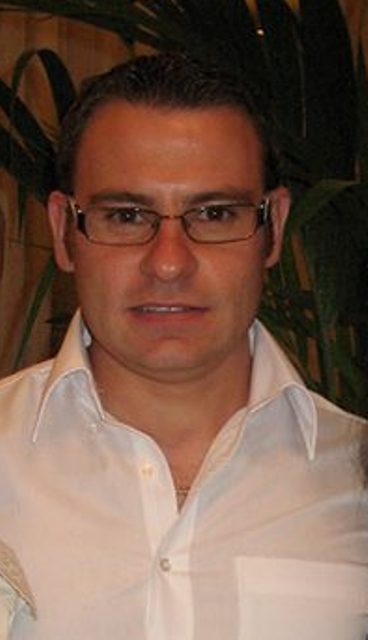 Hi everybody, I’m Gerlando V. I come from a town in the province of Agrigento named Porto Empedocle (Sicily). I met the Lord when I was 17 years old; it happened about 16 years ago. I was born in a catholic family and we used to do everything the religion taught us to do. Personally I was very interested in it, I used to attend the church on Sundays, I willingly went to the catechism, I was attached to the saints and I always brought them with me in my wallet, or inside my wardrobe. I had little statues of them on my night table and I also used to pray them. I was 12 or 13 years old back then, but I felt in my heart the desire of doing something for God and I thought those things made me get closer to Him. But I still wanted more!

It was Passover time, I wanted to become part of a confraternity that was busy with bringing the statues on their shoulders from a church to another. My father and my cousins were part of these brotherhood too, so I thought it could please God. But somehow, it was impossible for me.

God had a plan for me!

So I began attending the high school, I was a teenager. I had new friends and extra-school friendships. These friends of mine had a very weird way to have fun; they loved to get drunk, to smoke, to use drugs to feel excited, but I, on the contrary, didn’t have the same behavior and they laughed at me because I was different from them all. So one day I decided to join them, to drink with them, so that I could feel part of the group and no more ridiculous to them. Sometimes friendship brings you to do something you wouldn’t do. I gradually abandoned the Catholicism. I’ve lived this life for a year and a half, but during this time I realized I felt empty inside and my friends could not fill it. I felt guilty about something that I couldn’t even understand; I realized I had become a liar. I didn’t use to tell what I did with my friends at home. I didn’t go to school, I preferred to go with my friends. I didn’t study in the afternoon, because I went out. I wasn’t good at school andI failed my 12thgrade. Everything got wrong! I felt I was in the middle of a situation nobody could understand, I felt a burden I couldn’t carry on by myself. I needed somebody to help me, but nobody understood me, maybe because I had become more introverted and I didn’t talk to anybody about my problem.

But God had a plan for me!

On a spring day, I was in a farm with my family and a couple came to visit us: it was Michele Adorno and his wife, Rita. We didn’t know them, but my brother-in-law used to work with Michele as a bricklayer and Michele had come to visit us only because he had to see a new kind of equipment my uncle had. Meantime, his wife came into my house and introduced herself to us. She began to talk to my mother and with my sisters. Michele and Rita are the kind of believers who use to talk about the Gospel wherever they go. Some minute later, Michele came in too and they kept talking to my family. I went outside, in the garden; I had something to do- but I had got what they were talking about and I didn’t want to get in because I wasn’t interested at all. I still was catholic and I didn’t want the things to get worse than they already were.

But God had a plan for me!

I don’t remember how or what happened exactly, but I remember I got into my house and I began to listen to what they were talking about. I was distracted, I wasn’t interested in it and that’s why I don’t even remember which the topic of conversation was. The only thing I remember is that Michele looked at me and with his Bible opened started to tell me about the eternal life that Jesus offers through His sacrifice. He added that the Lord would have come back to take His church away, and before leaving asked me if I was ready to accept Jesus in my life. Initially, I hadn’t thought much about it, but later, thinking about his words and what the Bible says about it, I got what God really wants from us: stop going after saints and statues, which can only lead you to the death, and accept the sacrifice of Jesus Christ for the forgiveness of your sins and for the salvation of your soul. So I asked God to forgive my sins, my idolatry, and I accepted the sacrifice of Jesus for my salvation. I began to read the Bible, something that I’d never done before. I found out that God has given us a real hope, the hope of being in His Kingdom one day to enjoy His presence and His glory, forever. I abandoned my old life style, I changed my behavior towards my family and towards the others. I started to study again and I graduated. Thank God, almost all my family converted to Jesus and we began to attend the evangelical church in Porto Empedocle. A year after my conversion (it was 04.08.2001), I got baptized, obeying Jesus’ command: to publicly witness what He has done into our lives.

I still thank God for what He’s done in my life. God had a plan for me and He showed it to me. It wasn’t me the one who had to do something for Him, but He was the One who had done everything for me through the sacrifice of Jesus. I only had to accept it, and I did it.

God has a plan for you too. Are you ready to let Jesus Christ come into your life as your personal Savior and Lord?