From magic to Jesus Christ (Fabien) 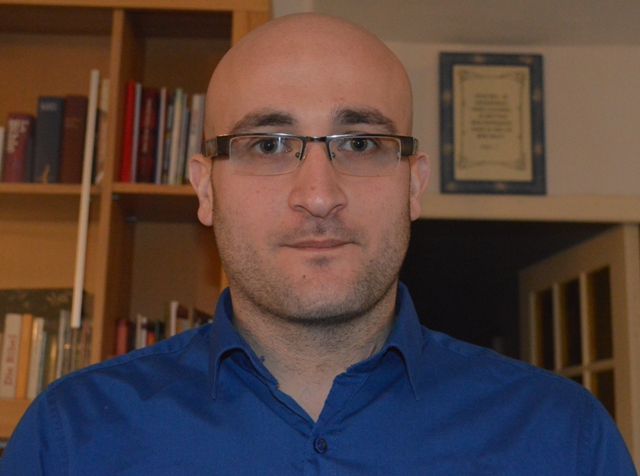 Hi everybody, my name is Fabién. I live in France (Fresnes-sur-l’Escaut).I’m very glad to tell you how I’ve passed from death into life in Jesus Christ. When I was 18, I used to work in a hospital (ASH/ à Saint-Amand-les-Eaux); I used to clean the bedrooms. I liked my job, it made me happy. One day, while I was working, I met a girl who attracted me in a way I’d never experimented before and this fact scared me a little. Her name was Cindy. We exchanged our phone numbers, and three days later she called me to go out together; it was great for me, since I didn’t have a girlfriend back then. The more I went out with her, the more I found out she had something to do with occultism.

She had the power to move things (e.g. the crucifix). I also found out she had made a blood pact with the devil.She told me I could have those powers too, if I’d have made the pact and so I accepted to do it. The following day, I took part in a tarot night and it cost me 50€.I had a friend, a card-reader, who asked me if I wanted to damage somebody. I wasn’t positive about that, but my girlfriend was, so she gave her a photo. A while later, I was astonished to see what had happened: the person in the picture had become paralyzed! When I began to notice the way my girlfriend used to act, I had fear, and I interrupted our relationship. I continued to practice magic, I also damaged somebody because it amused me. But inside of me, I knew I wasn’t happy at all, even if I earned much money. One day I realized how perverse it all was and I began to read the Bible and I read a verse that made me think a lot:

“There shall not be found among you anyone who makes his son or his daughter pass through the fire, or one who practices witchcraft, or a soothsayer, or one who interprets omens, or a sorcerer, or one who conjures spells, or a medium, or a spiritist, or one who calls up the dead. For all who do these things are an abomination to the Lord, and because of these abominations the Lord your God drives them out from before you. You shall be blameless before the Lord your God.  For these nations which you will dispossess listened to soothsayers and diviners; but as for you, the Lord your God has not appointed such for you” (Deuteronomy 18:10-14). I understood it ten years later and I started seeking God. I frequented the catholic church, I prayed the virgin Mary and all the saints, I said the prayers in front of the crucifix, but I never got an ANSWER! I couldn’t sleep at night anymore, everything in my house moved, the doors closed by themselves, the light switched on and off all the time.. I was desperate.

Reading on, I read in 1 Timothy 2:5 “For there is one God and one Mediator between God and men, the Man Christ Jesus”.

I found an evangelical church (Condé-sur-l'Escaut) where I’ve found Jesus, my liberation. I confessed Him all my sins and He freed me from them all, from all the pacts I’d done. I’m happy I’ve received the Lord in my heart because He is the One who could set me free and give me the peace and the rest I have now.

“To God our Savior,Who alone is wise, be glory and majesty,dominion and power,both now and forever. Amen” (Jude 1:25).